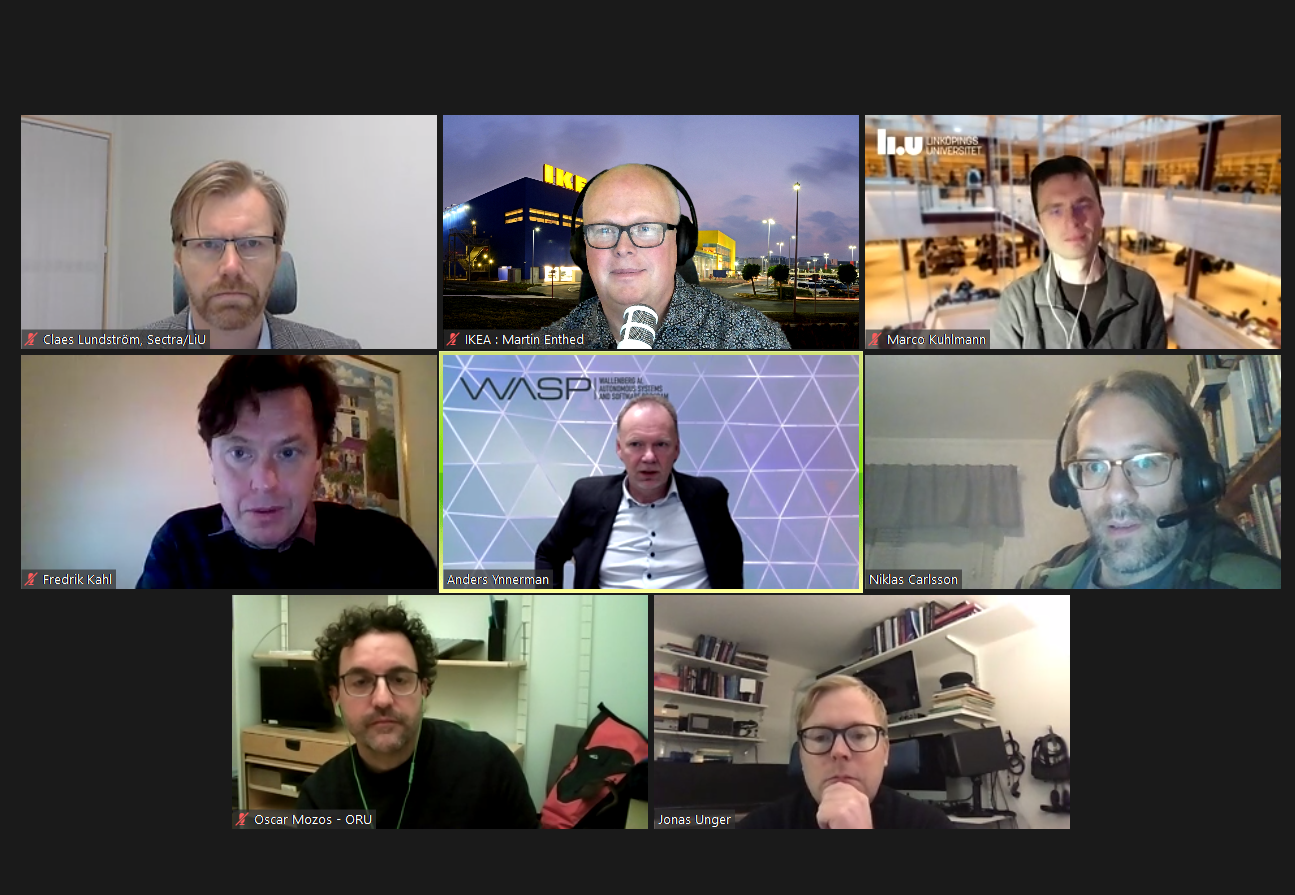 Explorative discussions for future academia- industry research cooperation and an exclusive job fair constituted the WASP Industry Meeting 2020. The event coincided with the launching of exciting new initiatives for industry cooperation in the program.

between WASP researchers and industry. In addition, industry representatives were given the unique opportunity to interact with WASP PhD students and discuss possible career opportunities within Swedish industry.

Sara Mazur, chair of the WASP Board, opened the meeting and introduced the first invited speaker, Marcus Wallenberg. He emphasized the long-term perspective of the foundation’s investment in the program and their ambition to contribute to the betterment of Sweden. He also pointed out that collaboration between WASP and Swedish companies is key for knowledge transfer and for the success of the program.

The next speaker on the virtual stage was WASP Director Anders Ynnerman who presented the current status of WASP and highlighted that it is within WASP’s strategy to fund research with industrial relevance and to foster collaborations and networks with industry. A set of new initiatives that aim to strengthen collaboration possibilities were described in more detail.

Ericsson, IKEA, Sectra, SEB and Volvo gave a glimpse of their present research challenges and views about the future. There was a common understanding among these companies that the competence built up by WASP is much needed and sought after by Swedish industry.

These insights were followed by group discussions where the participants had been matched together based on their research interests within AI, autonomous systems and software. During the afternoon, 20 meetings took place and new constellations of researchers from academia and industry were brought together in discussions, that hopefully can result in joint projects and proposals to upcoming WASP calls and initiatives.

The second day of the meeting was devoted to a digital job fair exclusive for WASP PhD students and the companies that participated in the research discussions. In total, 90 one-on-one meetings about future career opportunities took place. Based on the feedback from the participants, the digital set-up of the WASP job fair was a great success and a concept that is here to stay.

Continued Development for the Benefit of Swedish Industry

Meetings between academia and Swedish industry are key to identify research projects in AI, autonomous systems and software that have the potential to generate impact in society and industry. WASP has the networks and resources required to cover the whole chain from hosting such a meeting, to capturing the strongest ideas and supporting further developments and knowledge transfer. This year, a new format for those important discussions was tried out. The results of this will be evaluated, further developed and we hope to bring you a fruitful forum for academia-industry collaboration also next year.