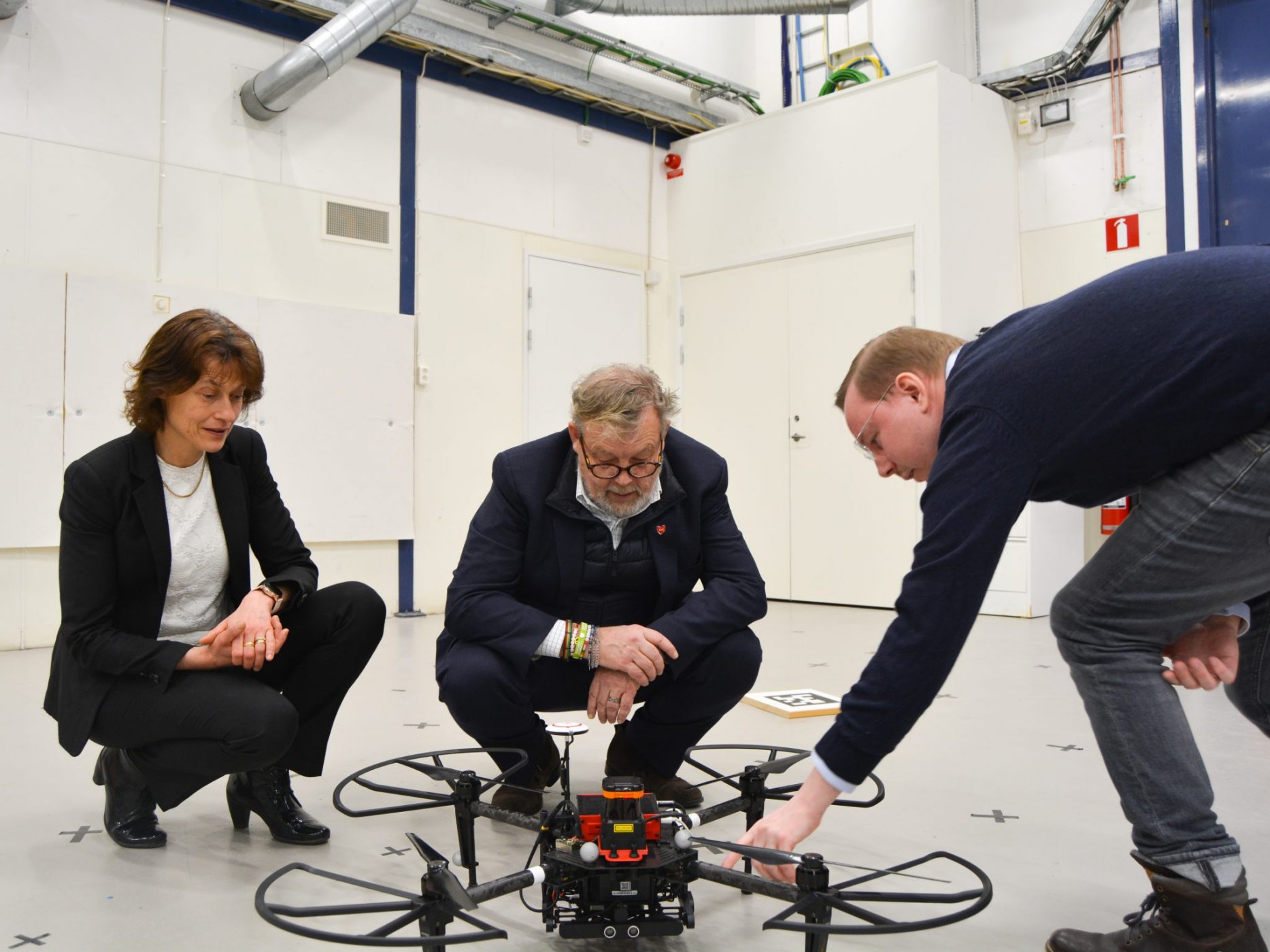 How far off is the entry of autonomous robots into everyday life? Researchers and industries have different opinions on this issue. To spur technology for the development of autonomous robots such as self-driving cars, the Defense Advanced Research Projects Agency (DARPA) have been organizing world-wide prestigious competitions in Autonomous Systems during the last decade. In the 2021 DARPA Subterranean (SubT) Challenge, a WASP-founded post-doc, Olov Andersson was a part of the winning team.

Launched in 2004, The DARPA (Defense Advanced Research Projects Agency) Challenges are the most prestigious competitions in Autonomous Systems. The competition is open to teams and organizations from around the world, with the restriction that there must be minimum one U.S. citizen included on each team. The initial 2004-2007 DARPA Challenges on driverless cars are widely credited with kick-starting the autonomous vehicle industry.

The DARPA Subterranean (SubT) Challenge instead focused on developing autonomous robots for complex unknown environments and the competition course consisted of three types of environments, tunnel systems, cave networks and indoor urban environments. In the final event September 21-24 2021, Team Cerberus with the WASP-funded postdoc Olov Andersson won the competition, in rivalry with teams from among others NASA JPL/MIT, CMU and CSIRO. Team Cerberus, led by Prof. Kostas Alexis of NTNU, is an international collaboration, including robotics labs from prominent European universities such as Prof. Marco Hutter and Prof. Roland Siegwart from ETH Zürich, as well as Prof. Maurice Fallon from Oxford. 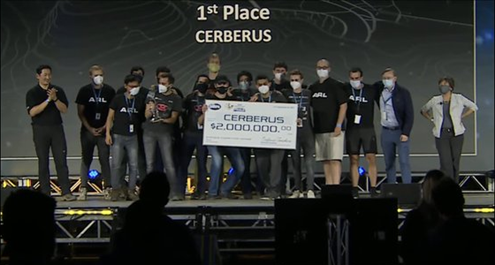 Dr. Andersson participated as part of Prof. Siegwart’s Autonomous Systems Lab at ETH Zürich, where he helped co-lead their efforts for the final year of the competition.

“It’s the experience of a life time to compete with some of the best labs in the world at the frontier of technology for autonomous robots, let alone win! The teams put in an incredible effort over three years to develop fully autonomous robots and make them work robustly in the real world. Many lessons were learned along the way, some of this has already led to spin-offs. Since the final map was unknown, like most teams we came prepared with both ground and flying robots of varying sizes and capabilities”, says Andersson.

“One thing that was new this year was that quadrupedal robots have now matured to where they are a strong all-round contender for long-term autonomy, especially for the narrow and cluttered passages that ended up dominating here. Developing autonomy for an unknown real-world environment also highlighted a number of remaining research problems that I plan to revisit in the future. I’m very grateful to Prof. Siegwart for letting me help co-lead his part of Team Cerberus.”

Olov Andersson is a former WASP PhD student from the research lab of Prof. Patrick Doherty at Linköping University. He graduated in April 2020 with his thesis “Learning to make safe real-time decisions under uncertainty for autonomous robots”. His research focused on methods for safe robot decision-making in uncertain and dynamic environments, to better allow autonomous robots to navigate real-world work places or public spaces. The WASP Research Arena for public safety (WARA-PS) at Gränsö Västervik, was used for prototype demonstrations of research results in his thesis.

Today, Olov Andersson is performing a WASP funded postdoc in the Autonomous Systems Lab (ASL) led by Prof. Roland Siegwart at ETH Zürich. The lab is a world-leading environment for research in autonomous systems.