The Most Powerful Supercomputer in Sweden Installed 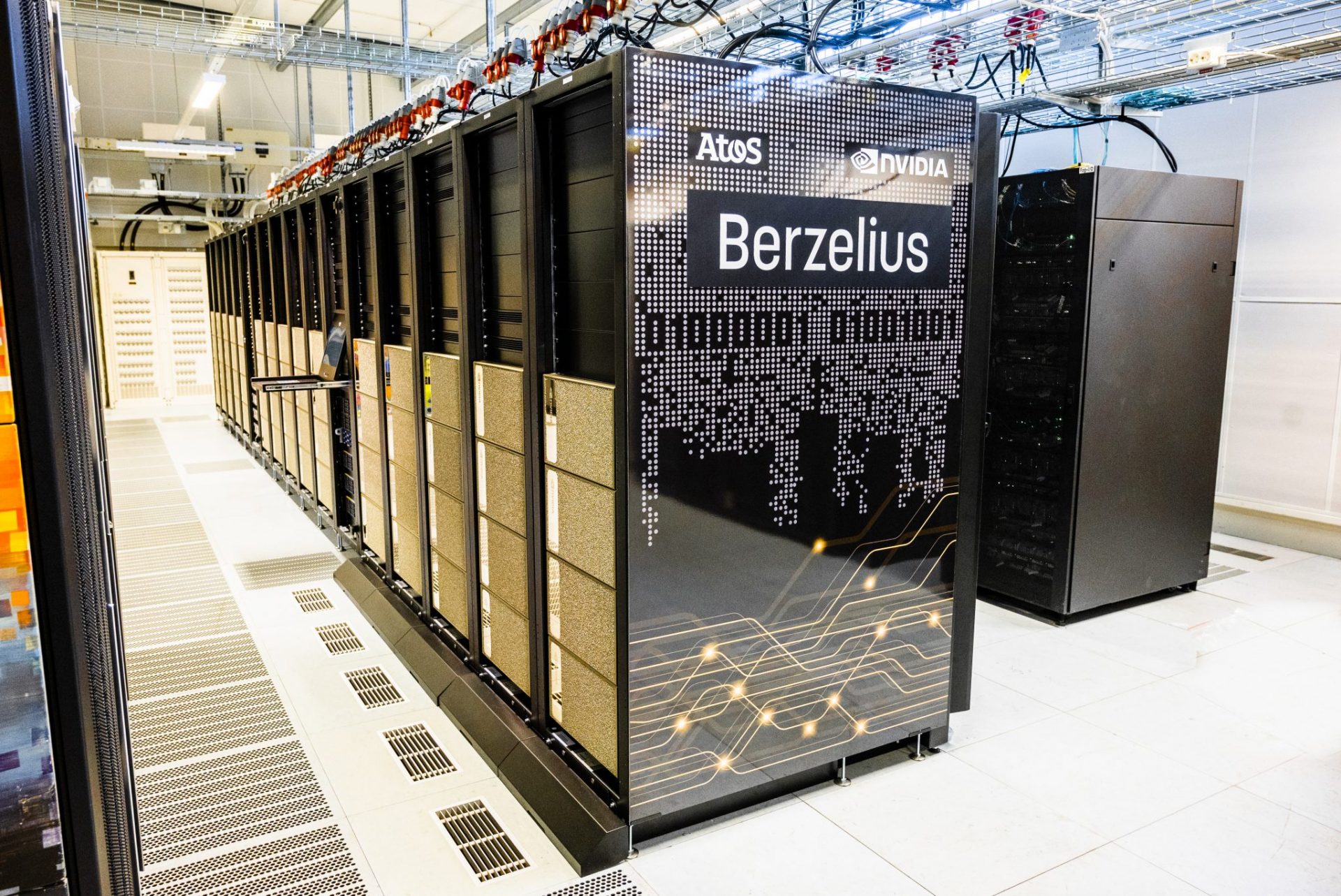 The installation of Berzelius, a 300 petaflop AI supercomputer, hosted by the National Supercomputer Centre at Linköping University, is a big leap forward for AI-research in Sweden. The investment has been made possible through a EUR 29,5 million donation by the Knut and Alice Wallenberg Foundation.

The Berzelius supercomputer is the most powerful one of its kind in Sweden by far. It is built upon the Nvidia DGX Super Pod computing architecture that can deliver 300 petaflops of AI performance. The computing power supplied by Berzelius will be prioritised to researchers in WASP and other research programmes funded by the Knut and Alice Wallenberg Foundation.

“A very large fraction of the research in WASP is either developing AI as a technology and methodology or is heavily relying on the use of AI in applications. To be able to compete at the international forefront access to large scale resources is needed and the investment in the Berzelius resource will make this possible”, says Anders Ynnerman WASP program director.

Berzelius will initially be equipped with 60 of the latest and fastest AI systems from Nvidia, with eight graphics processing units (GPUs) and Nvidia Networking in each. The storage capacity is brought by DDN and application tools by Atos. It is also Atos that has delivered and in collaboration with Linköping University installed the machine. It is indeed a work of many that has led up to making this massive compute power now being offered to the foremost AI researchers in Sweden today.

”WASP research has of course been one of the driving motivations behind the KAW investment”, Anders Ynnerman explains and continue:

“Berzelius will also catalyze collaborations between WASP and other KAW initiatives such as the recently initiated program on data driven life science (DDLS).”

Olov Andersson is the WASP Alum of the year 2021