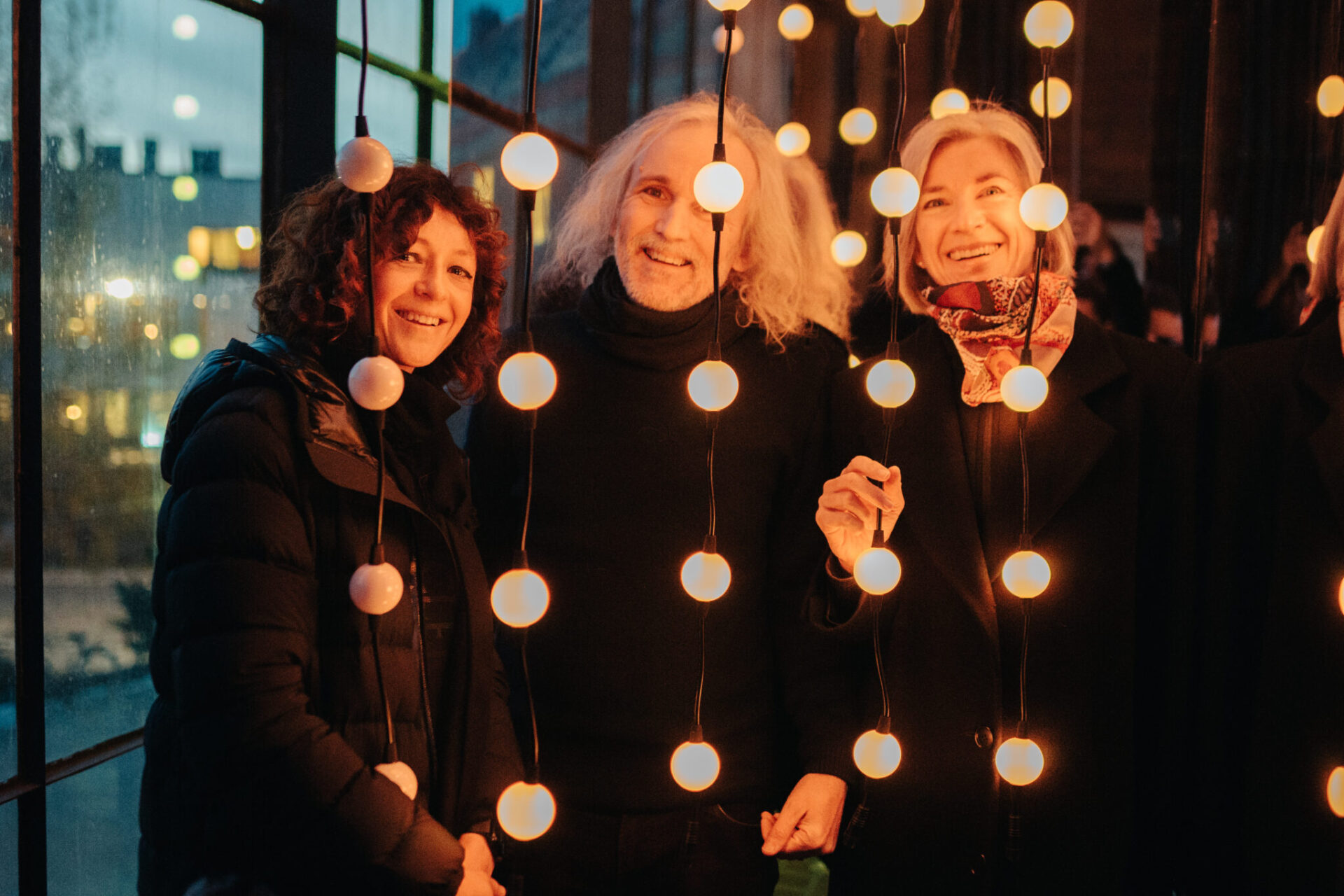 On 6 December, Nobel laureates Emmanuelle Charpentier and Jennifer Doudna (left and right) visited the KTH campus to study Un|fold, a sound and light sculpture inspired by their work on genome editing. Pictured with professor Benoit Baudry, who led the development of the art work. Photo: Clement Morin / Nobel Prize

Directly inspired by Nobel Prize-awarded discoveries, artworks illuminate the Stockholm winter darkness 3-11 December, in the ongoing Nobel Week Lights 2022. The historic Turbine Hall at the KTH Royal Institute of Technology is the scene for Benoit Baudry, WASP Professor in Software Technology, and his colleagues in re|thread.

As reported previously, Benoit Baudry, WASP Professor in Software Technology and the re|thread collective participate with an artwork called un|fold, that captures the richness of a simple software action. Their work was inspired by the work of Emmanuelle Charpentier and Jennifer Doudna, who in 2020 were awarded the Nobel Prize in Chemistry for the development of a method for genome editing. On 6 December, the two Nobel laureates visited the KTH campus to witness the sculpture themselves:

“This is a wonderful expression of science with art,” Doudna acknowledged, when signing an artwork for the re|thread team.

re|thread is a collective of software researchers, artists, and designers, working at the intersection between software technology, art, interaction design, sonification, and visualization. Through artifacts and performances, they intend to cultivate curiosity of the scientific and technical aspects of software which appear to many as a “black box”:

“Art allows people to understand science through other parts of the brain than conscious analytical thinking, inviting people to consider the material from new perspectives,” says Benoit Baudry.

un|fold was supported by the KTH Royal Institute of Technology, The Nobel Week Lights and the Wallenberg Autonomous Systems, Software and AI Program (WASP). Associate professor Leif Handberg was instrumental in making the KTH Turbine Hall the location of the artwork.

A deeper interview with Benoit Baudry

Latest updates about the un|fold installation