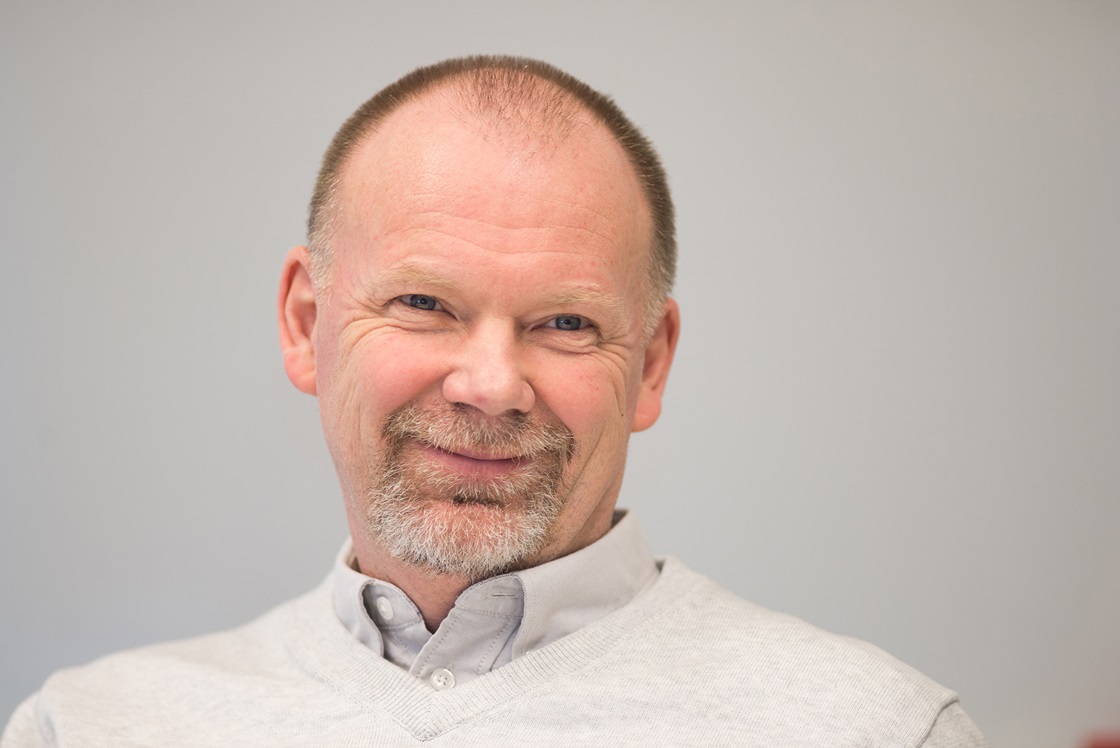 An enthusiastic and driven leader acceded to the post of WASP Program Director during summer. A challenge well suited for this expert in scientific visualization ­- Professor Anders Ynnerman.

Among many other deeds in Anders Ynnerman’s resumé is developing and heading the unique Visualization Centre C in Norrköping, and the Linköping University world class visualization research environment connected to it, being the director of the National Supercomputer Centre and founding the Swedish National Infrastructure for Computing – SNIC. In his own words, leading research organisations has become something of a speciality of his:

“I have spent many years building up scientific organisations and research environments, both in calm waters and through critical times. I would say it is one of my main strengths to structure and unite complex organisations. The size of WASP is something new though. This assignment will be incredibly exciting.”

“As a leader I am quite informal, hierarchies should never be in the way for improvements. I believe in peoples’ enthusiasm and freedom under responsibility. However, in this we must respect delegation, responsibility and different roles. The worst thing I know is when someone comes with a problem and says, “Solve it”. The best thing I know is when they come and say, “We have a problem – I’ll fix it”.

Getting into the Role

Anders Ynnerman has been involved in WASP since the proposal was written in 2015. When the approval from the Knut and Alice Wallenberg Foundation (KAW) came, he was appointed chair of the Research Strategy Group and later also main contact person of WASP research activities at Linköping University. He has also supervised several WASP PhD students.

Even if Anders Ynnerman is far from new to WASP the past year has been an introduction to the directorship together with the former Program Director of WASP Lars Nielsen.

“It has been a privilege to have such a long introduction time with Lars. Since I was already familiar with the program and the workload was heavy for both of us, we decided to split tasks between us. Lars continued to take care of the everyday work and I focused on the challenges ahead.”

Drawing up the Map

The main task that Anders focused on was to chisel out the WASP Strategy and Narrative, a sort of road map for the future. With involvement from the WASP board and management the document has, according to Anders, emerged in a smooth and cooperative process, making it well anchored from start.

“The time was right to write down the WASP Strategy and Narrative. We had just been entrusted with increased funding and a three-year extension of the program, and we stood before a succession in both the board and the directorship. The need for this work to be done partly derived from our International Scientific Advisory Board who wanted to understand what we aimed to achieve in long-term, and partly to aid the WASP management in fulfilling the vision of the program.”

Anders tells that the document addresses what has been done in the program so far and thoughts about what can be done to fully capitalise on the earlier investments. He continues:

“With a strong analysis of the program itself and the environment we act in, I think that we have an eminent chance of fine-tuning the system and make wise decisions about future initiatives. Focus areas onwards are to strengthen our research environments, make sure we offer a robust career support for young and promising researchers or an entrance to attractive positions in both academia and industry, and to make sure we continue to build on our close cooperation with industry.”